68 years old Premila Maity has been living in Dhamra’s Narshighprasad village of Dosinga Gram Panchayat for more than 50 years. It is only in 2017 that she saw a pukka/CC road in her vicinity. Now, younger members in her family and community can venture out for work easily and children studying at the Narshingprasad UGME School don’t face obstacles in reaching the campus, even during heavy monsoon season.

In many such villages near Dhamra (Odisha), people live in small hamlets in groups of 10 to 20 households. These are very underprivileged communities which depend purely on fishing and day to day labour work to earn their living. The existing infrastructure facilities are not up to the mark, which are essential to help them to avail healthcare services, education, livelihood opportunities and to transport their agricultural produce or fish catch to the market. 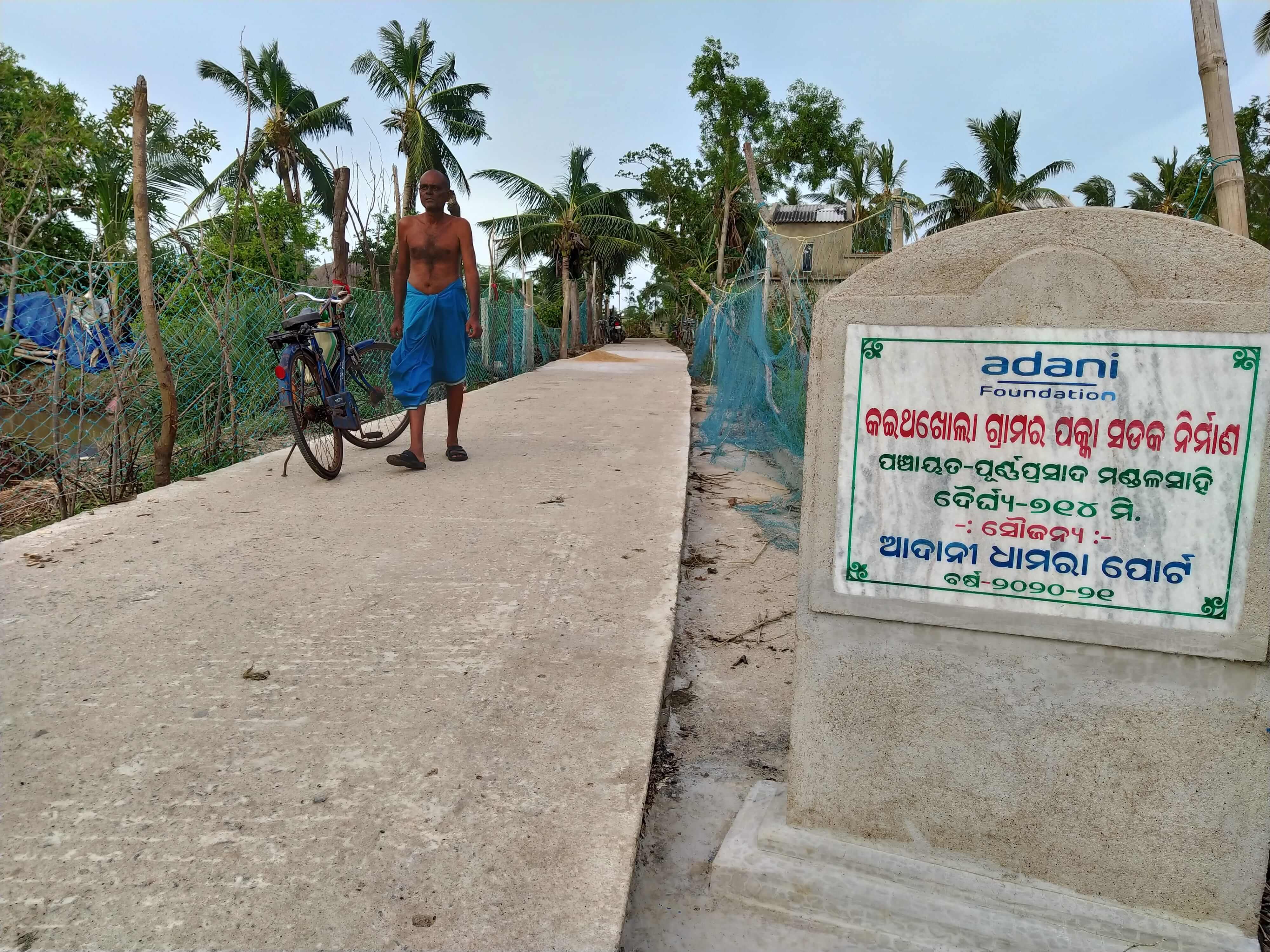 Developing the necessary supportive infrastructure in Dhamra port periphery was a topmost concern for Adani Foundation. A need assessment was done in consultation with government and the PRI members and then work was prioritized as per the immediate need. Starting in 2016, the Foundation supported road construction of a total of 8.1 km. Also, 113 handpumps were installed to meet drinking as well as domestic water requirement. Through collaboration with existing govt. scheme (MO School Abhiyan – Government of Odisha), the Foundation extended support for construction of 7 classrooms and 32 girls’ toilet in government schools of neighbouring villages. Other miscellaneous activities include roof water proofing, high mast light support at fish market etc. Through these interventions, Adani Foundation touched the life of about 5 lakh people in and around Dhamra region. 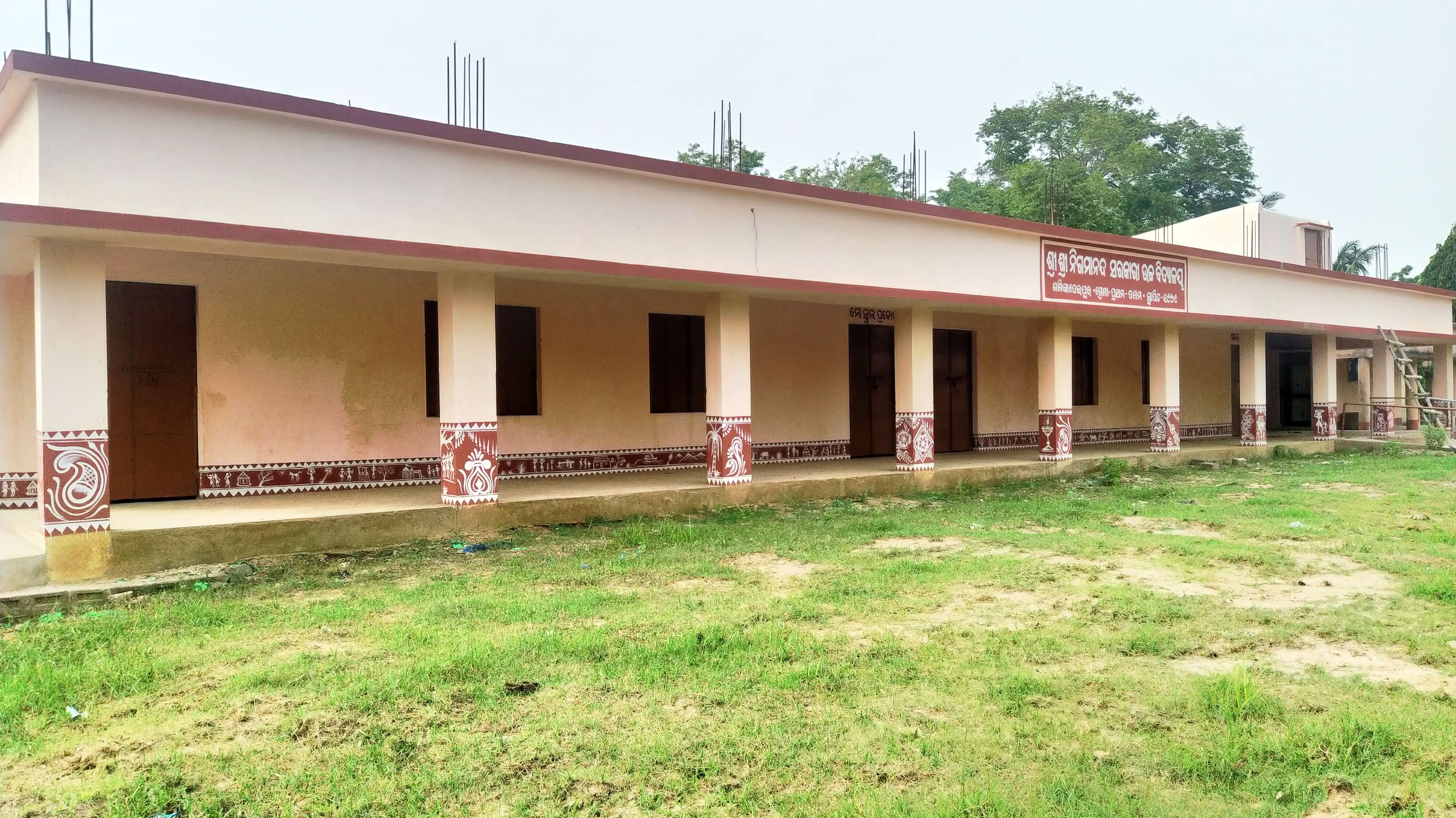 In India, similar rural areas account for a larger part of the geographical area. According to census 2011 report, there are 6.4 lakh villages in India, which shelter more than two-third of the country's population. Provisioning of basic infrastructure facilities for this large section of the population spread across 3.28 million square kilometre of the country's geographical area has been a major challenge. Let’s look at some facts and figures from the ground:

1. As on March 2020, the length of rural roads is 73% of India’s total road network. The unfortunate reality is that most of these rural roads are in bad shape i.e., they are of poor quality, potholed and unable to withstand the loads of heavy farm equipment, thereby, affecting the rural population’s quality of life and ability of the farmers to transport their catch/produce to the market.
2. According to 2011 census, there are 246.7 million households in India of which 68% are rural households. Of these, only 53% of household described their houses as being in "good" condition, 41% described them as "liveable" and 6% said they were "dilapidated".
3. There are a total of 15,07,708 schools in India, out of which 10,32,570 are run by the Union government and state governments, 84,362 are government-aided, 3,37,499 are unaided private school, while 53,277 are run by other organisations and institutions. Schools in rural areas lack in terms of the number of classrooms, availability of safe drinking water facilities, toilet facilities etc.
4. As per the reports from Census 2011, merely 30% rural areas are covered with tap water supply.

The above-mentioned gaps in the rural infrastructure need to be addressed properly and as fast as possible to achieve redistributive growth and alleviate poverty in the country. To contribute towards bridging these gaps, Adani Foundation has taken various proactive steps to boost village development works through projects under its Community Infrastructure Development (CID) vertical. This includes Water Conservation and Water Harvesting projects, Health and Sanitation projects, and Roads and Schools related infrastructural projects.

These are implemented in nearby villages of Adani Group’s business location, covering more than 2,400 villages in 16 Indian states. In all processes, starting from selection of project, planning, designing, execution and finally at the time of handing over, the community is involved. Sustainability is ensured because community members and local government bodies take charge of the operation and maintenance in the future. Rural infrastructure work is not a one-time intervention for building assets. Its impact is relayed on many other social-economic aspects which ultimately uplifts lives and standard of living at the grassroots level.